Home » About me » Singing For Unity

I set up Singing for Unity in the summer of 2016, during a spike in hate crime and intolerance, to show the power of singing to build community and heal divisions. I live and work in diverse neighbourhoods like Peckham and Brixton, and I was upset to see that people were being made to feel unwelcome where they lived. I believe in the power of singing and I wanted to use song to challenge intolerance.

Singing For Unity was a series of public singing workshops  bringing people together to sing songs of unity in the face of the recent peak in hate crimes and intolerance. We held public singing demonstrations of positive, inclusive in empowering songs across London and Cardiff.

Singing for Unity was what finally triggered me to establish refugee singing charity Voices Welcome. The idea for this charity had been germinating slowly over the previous few years, but the events of 2016 were what pushed it out into the world. Voices Welcome was founded in 2017 and we began delivering sessions in local refugee centres in 2019. You can read more about Voices Welcome, our work, and how to support us here.

After the referendum there was a lot of anger and violence, and it was really difficult to know what to do about it. Being part of Singing for Unity made me feel useful: you could see that it made a difference to the people who heard and joined in with our songs. Singing is definitely a force for public good! 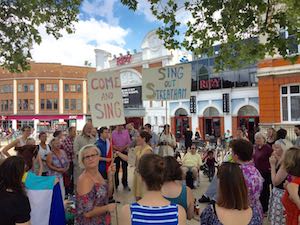 We gathered in Windrush Square, Brixton, in May 2016 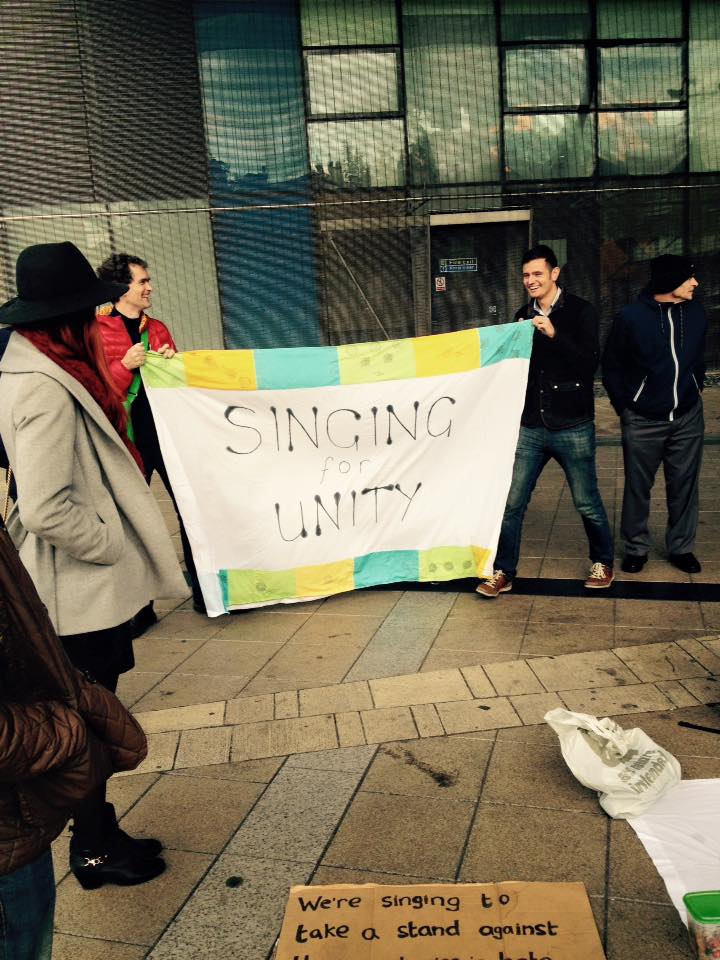 We have done public singing events in Peckham Square, near the Library 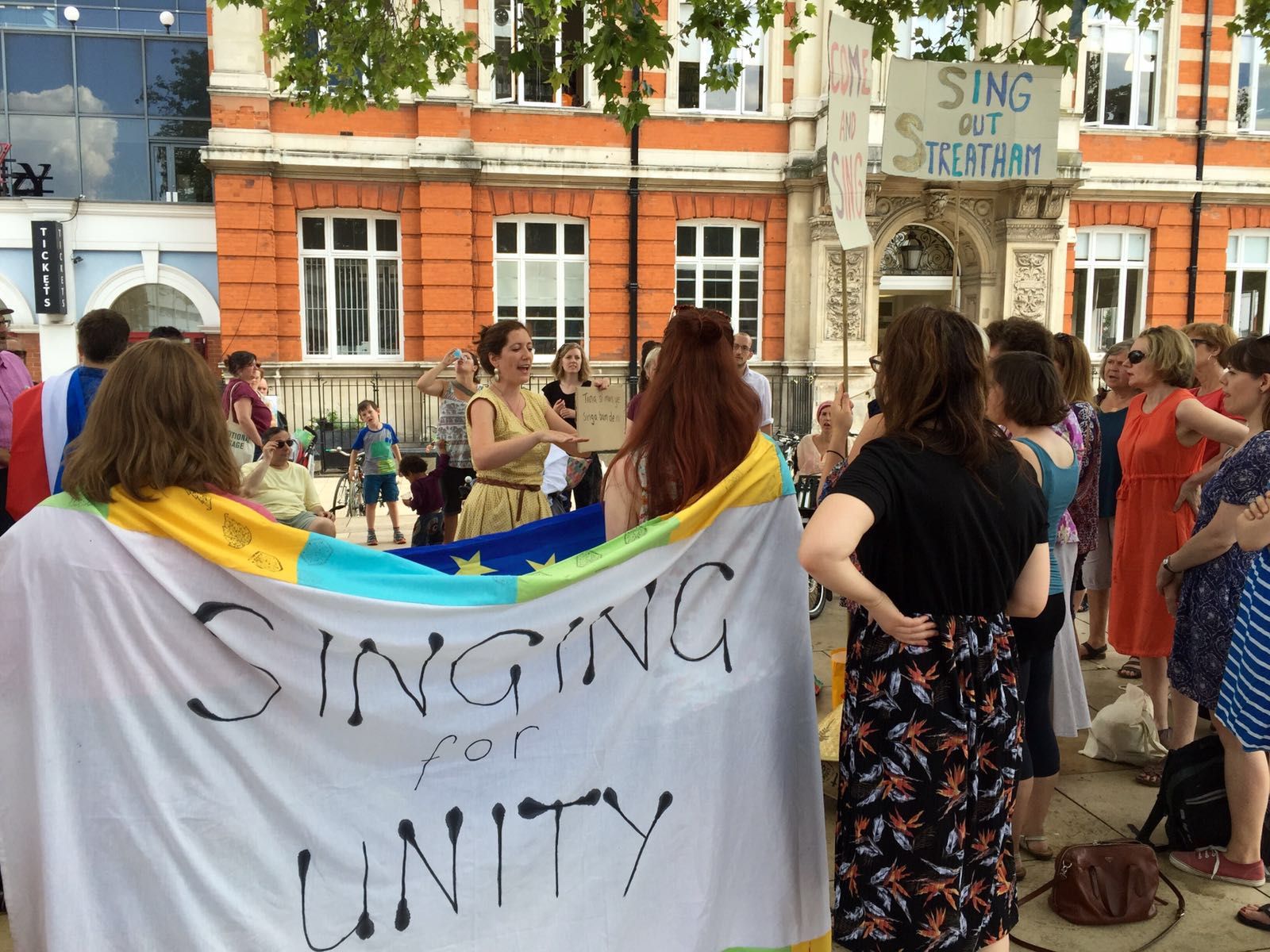 We brought new and experienced singers together to challenge hate crime and intolerance through singing.